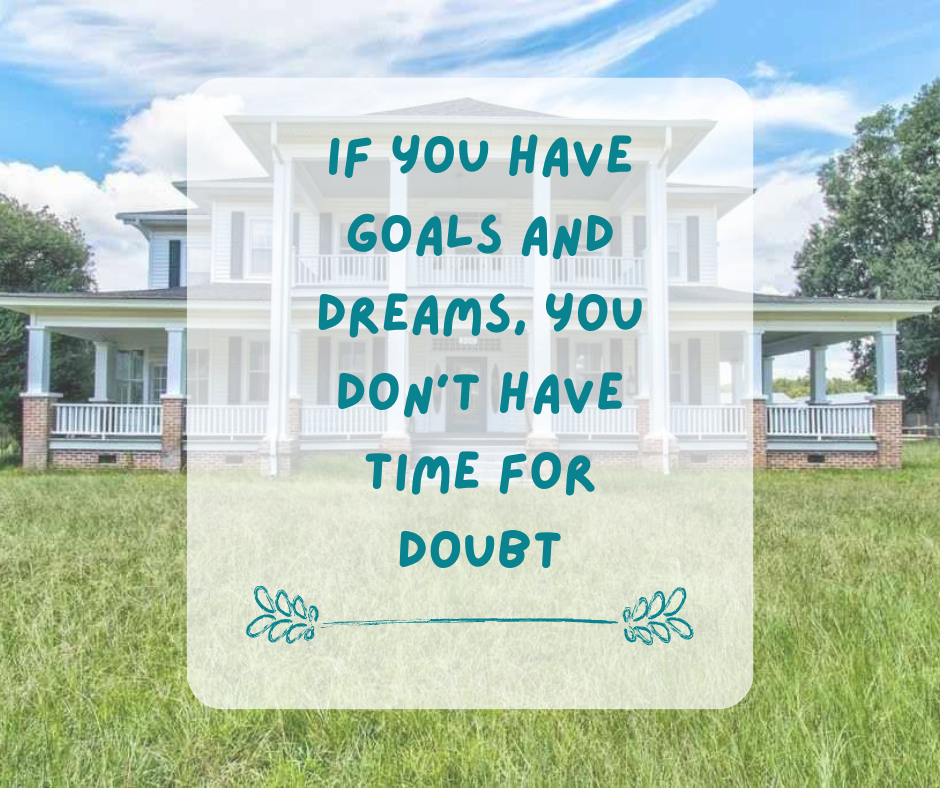 “Doubt kills more dreams than failure ever will.” - Susy Kassem

"Extreme fear can neither fight nor fly." - William Shakespeare

What is the difference between fear and doubt? It is this author's opinion that doubt can be a constant companion and fear and uninvited guest.

With that said, here are 3 distinct differences between doubt and fear. 😨

Many people think of Eeyore as a "negative Nelly", however he really just lacked confidence. Eeyore felt it was unlikely that anything would work out right. He doubted if he would have a good time. It was just easier to live in a world filled with doubt than it was to consider the possibility that life could be great. In other words, Eeyore did not want to be disappointed.

You will note that Eeyore never showed fear. When Winnie-the-Pooh suggested an outing or adventure, Eeyore never said he was afraid to proceed. He just went along for the ride with no expectations, except that it probably wouldn't work out.

Many of you remember Chuckie from the Rugrats cartoon. He was afraid of everything. Whereas Eeyore had a belief that nothing good could happen in life, Chuckie feared the thought of doing anything outside his safe environment. He suffered from anxiety. Anxiety does not normally afflict a doubtful person.

Imagine walking through a dark forest, you hear a noise...you're heart starts beating faster, you quicken your pace; this is fear. There is no doubt. You want to get back to safety as soon as possible.

3. Harry Potter and the Dementors

Fear creates a "deer in the headlights" moment where doubt does not. Until learned to conquer his fear, Harry Potter always froze, or became paralyzed, with fear. This kind of fear can suck the soul right out of you.

Doubt can cause a type of paralysis, also. It is more of an indecision moment that can keep you stuck in a rut for decades. As Stephen Cope stated in his book The Great Work of Your Life, doubt causes you to have "a foot on both sides of various dilemmas." Since you cannot decide what action to take, you take no action.

I believe doubt can be worse than fear. People will always tell you to "face the fear and do it anyway." And most people will. Doubt requires a definite of purpose to overcome it; you have to make a decision. Sometimes that is the hardest thing to do.